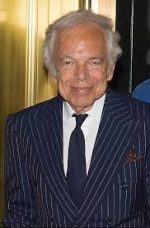 Carrión was born and raised in Puerto Rico. His grandfather was one of the founders of Popular, Inc. (BPPR). He received a bachelor’s degree from the Wharton School of Finance and Commerce in 1974 and an MS in Management Information Systems from the MIT Sloan School of Management in 1976.After the master’s degree, Mr. Carrión joined Banco Popular in 1976. After his father’s death, Carrión became the leader of that banking corporation.

Richard L. Carrión is the Chief Executive Officer and Chairman of the Board of Popular, Inc., a publicly traded financial holding company with more than $45 billion in consolidated assets. Today, Banco Popular, a wholly owned subsidiary of Popular, Inc., is Puerto Rico’s leading depository institution, the largest Hispanic-owned bank in North America, and one of the 30 most important financial institutions in the Americas. As CEO, Carrión has led the way through numerous innovations in the company such as its expansion through the Caribbean, Latin America and the United States.

In the information technology arena, Carrión’s vision brought the first network of ATMs to Puerto Rico and many other Latin American countries, and also spearheaded the successful migration from paper to electronic transactions. In 1999, after the acquisition of GM Group, Inc., the largest data processing center in the Caribbean, Popular consolidated its leadership role in the technological arena, thus creating EVERTEC, a new leader in information technology.

As of May 24, 2010, Popular Inc.’s board of directors announced that David Chafey, Jr., president and chief operating office would no longer be employed by the company. The board appointed Chairman and Chief Executive Richard Carrión as President. The company added that the position of Chief Operating Officer would not be filled at this time.

For almost three decades Mr. Carrión has divided his time between Popular and philanthropy, placing particular emphasis on education and sports. He is the founder and trustee of the Banco Popular Foundation; which, among other charities, has donated scholarships to over 1,000 students through the Rafael Carrión, Jr. Scholarship Fund. He currently served on the board of directors of the Puerto Rico Telephone Company and Verizon. Since 1992, Carrión has also been involved in the production of music videos that highlight Puerto Rico’s musical culture and history. In 2007, he was appointed a member of the International Basketball Federation (FIBA) Finance Commission.

Mr. Carrión has also contributed to improving Puerto Rico’s public education system. He participated in Sapientis Week, an initiative sponsored by the non-profit Sapientis which brings distinguished public figures into classrooms in order to raise the public’s awareness of the education crisis in Puerto Rico.

He has been a member of the International Olympic Committee (IOC) since 1990 and currently chairs the Finance Commission and is a member of the IOC’s Marketing, TV and Internet Rights Commissions. Mr. Carrión led the negotiation team for the U.S. broadcast of the 2010 and 2012 Olympic Games – generating $2 billion in revenue – and was elected to the IOC Executive Board in 2004. He was one of the torch carriers for the 2006 Winter Olympics in Torino, Italy.

From 1987, he and the Puerto Rico Olympic Committee led a fight to try to bring the 2004 Summer Olympic Games to San Juan. That bid failed, however, when Athens was voted in 1997 as the city to host those games.

In 2012, Carrión awarded Javier Culson with the bronze medal for the 400 m hurdles and Jaime Espinal with the silver medal for wrestling freestyle 84 kg at the 2012 Olympics. Culson and Espinal were the first Puerto Ricans to win Olympic medals outside of boxing.

On May 22, 2013 Richard Carrión confirmed that he would run for President of the IOC. At the 125th IOC Session in Buenos Aires, Carrión secured 29 votes in the final round of voting, but lost the election to Thomas Bach.

Riney was born in 1946 and was introduced to the stock market by his grandparents after giving him 10 shares of a stock. He attended college in the 1960s and worked in the financial services industry. He interned at Edward D. Jones & Company.

Riney earned a Bachelor of Science in Civil Engineering and a Masters in Business Administration from the University of Missouri. He and his wife, Paula, are members of Kirkwood Baptist Church in St. Louis County, Missouri.

After the deregulation of the brokerage industry in 1975, Rodger saw an opportunity to provide lower commission trades. In 1980, he founded Scottrade in Scottsdale, Arizona under the name of Scottsdale Securities.

In 1982, Scottrade branched out from Scottsdale, Arizona, promoting discounted commissions for trades placed by telephone. Riney introduced internet trading in the 1990s. Scottrade has over 500 branch offices nationwide and offers managed services for clients who are seeking fee based advice. The company offers a full range of banking services to retail clients and makes commercial loans to small business.

Riney’s management methods are described as conservative. He stated his intention to maintain private ownership and is against merging. In 2013 Scottrade was cited as 53rd in the top 100 companies to work for. 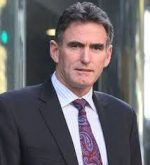 CEO of The Royal Bank of Scotland, Ross McEwan
View