The MDF Line with the Longest Press in Asia

Indian wood-based panel manufacturer Greenply Industries Limited has remained loyal to Dieffenbacher as its equipment supplier, choosing to order its second MDF line in December 2015. Thanks to the Greenply order, Dieffenbacher has been able to consolidate its leading position in the Indian market. Greenply has been successfully operating an MDF line from Dieffenbacher since 2009. The new line, which has a capacity of 1300 m³ per day, is being set up in the Chittoor district in the state of Andhra Pradesh in southeast India.

The line will be used to manufacture HDF/MDF boards with a thickness ranging from 2.5 mm to 40 mm and a variable width of 1830 mm to 2440 mm. Fast-growing types of wood such as eucalyptus are generally used as the raw material. Production with the new line is scheduled to begin in autumn 2017. “In our opinion, Dieffenbacher offers the best technology for processing eucalyptus wood. And due to our positive experience with the first project, selecting anyone other than Dieffenbacher to supply a modern and efficient machine was out of the question”, says Shobhan Mittal, Joint MD and CEO of Greenply Industries Limited about the company’s decision.

The delivery scope includes a fiber dryer and two SGF sifters, a gluing system, a forming station that includes a scalper with a correction module and a forming line, a CPS 265 – 56 continuous press, a finishing line with two Lukki storage systems, diagonal, trimming and splitting saws, a sanding line and an exhaust system. At 56 meters long, this CPS is the longest continuous press ever sold in Asia. 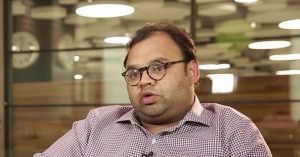 As CEO of Greenply Industries Ltd., Shobhan Mittal directs India’s largest interior infrastructure company. The New Delhi-headquartered firm claims nearly one-third of the total market share of plywood and medium density fibreboard products nationwide. Maintaining nearly 50 branch locations across the country, the firm is on a strong growth trajectory and has achieved significant revenue and profitability increases. Shobhan Mittal oversees a full range of human resources and IT operations, and holds a leadership role with the engineered panels division. 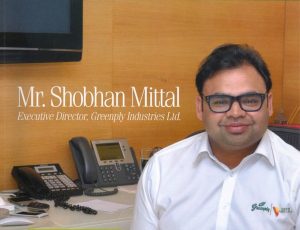 Mr. Shobhan Mittal’s focus is on the medium-density fiberboard (MDF) and plywood businesses, which he views as offering excellent growth potential. As a result, he separated the decorative business, which includes laminates, from MDF and fibreboard operations.

Mr. Mittal’s firm has a commitment to the communities it serves. It supports a number of local environmental projects and promotes overall eco-awareness. Greenply Industries also operates the Udayan Shalini Fellowship Programme, which provides dedicated assistance to girls in underserved rural areas of the country. Another forward-facing initiative is the Rural Mother and Child Health and Hygiene Programme. Shobhan Mittal enjoys activities such as tennis and squash in his free time.