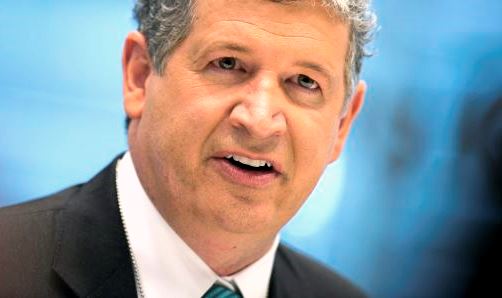 Everyone knows Booking and Priceline now.

A year after taking over from now chairman Jeffery Boyd, Darren Huston is building a Priceline in his own image. It’s bigger, certainly, and makes bigger deals than ever, dwarfing the $135 million buy of Booking itself in 2005. But it’s also becoming more of a technology-services business, reflecting Huston’s own software background. And reflecting Darren Huston’s early career stops in consumer services (at Starbucks) and as a McKinsey consultant Darren Huston’s Priceline is keeping Boyd’s focus on maniacally minding the details of online-advertising tactics and software design.

“When they recruited him for Booking, it was clear he was the guy,” said Philip Wolf, founder of PhoCusWright, an online-travel consulting group that runs the industry’s most influential annual conference. “If you get the job to fill Jeff Boyd’s shoes, that’s pretty tough. Darren Huston not only stepped in but picked up the pace.”

“I’m a hands-on operator, and I have a background in software. Right outside my door, they are building the site. There’s not a semicolon on any of our sites that isn’t A/B tested.”

The most obvious difference is the size of the deals Priceline is making, like buying restaurant-reservation site OpenTable for $2.6 billion last year, after Darren Huston helped with Boyd’s $1.8 billion 2013 purchase of the travel meta search site Kayak.com. Huston’s also making an expanded push into back-office technology for hotels, to wring more revenue from the 600,000-plus lodging establishments for which Priceline sells rooms.

As well, Darren Huston’s consulting background is evident in how he orchestrates small teams of executives to dig in to the nitty-gritty of what appears on each of the company’s sites, with Huston himself watching the results of tests that try selling the same resort two different ways.

With Priceline now a $60 billion colossus selling $50 billion worth of travel in 2014, Darren Huston’s at pains to emphasize that he and Boyd are closer in strategy than they are in background. Boyd, too, became known as an operator after Priceline bought Booking.com; it zoomed past rival Expedia to become Europe’s consumer-travel leader, relying primarily on a nuts-and-bolts mastery of online advertising. And, as Darren Huston said, “I was there when Jeff bought Kayak, and he was still here when I bought OpenTable.”