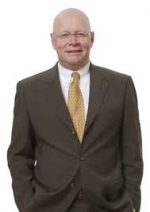 Stephen K. Gunn is Chairman, Chief Executive Officer and co-Founder of Sleep Country Canada Inc, which he co-founded with Christine Magee and Gordon Lownds. As of June 2013, the company has 201 stores across Canada and 43 stores in the US (Sleep America).

Gunn grew up in Montreal and Kingston. He completed an honours BSc in Electrical Engineering from Queen’s University and an MBA from the Richard Ivey School of Business (1981).

After university he joined McKinsey & Company as a Management Consultant (1981–1987). In 1987, he co-founded and was the President of Kenrick Capital, a private equity business. In October 1994, he co-founded Sleep Country Canada with Christine Magee and Gordon Lownds. He is currently on the board of directors for Dollarama, Cara Operations and Golf Town.

Gunn is married with a daughter and 3 sons. He enjoys golf, sailing and skiing.

1998- Financial Post named him and Christine Magee the Ontario Entrepreneur of the Year, Retail/Wholesale
2003- Inducted into the Canadian Retail Hall of Fame, Retail Council of Canada
2004- Inducted into the Canadian Marketing Hall of Legends
2006- Recipient of CIRAS Henry Singer Award for exceptional leadership in the retailing and services sectors