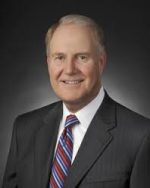 Gary C. Kelly is the chief executive officer and chairman of Southwest Airlines. He first joined the company in 1986 as Controller. In 1989, Kelly was promoted to Chief Financial Officer and Vice President of Finance. In 2001, he was promoted to Executive Vice President. Kelly spent 3 years in this role until he was promoted to his current position as CEO and vice chairman in 2004 replacing James Parker who succeeded Herb Kelleher in 2001. He received a Bachelor of Business Administration in Accounting from The University of Texas at Austin and is a Certified Public Accountant.

Kelly was named one of the best CEOs in America for 2008, 2009 and 2010 by Institutional Investor magazine and serves on the President’s Council of Jobs and Competitiveness.