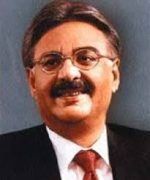 Yogesh Chander Deveshwar was born on 4 February 1947 in Lahore, British India. He received his Bachelor of Technology Degree in Mechanical Engineering from the Indian Institute of Technology, Delhi in 1968. Y C Deveshwar joined ITC Limited in 1968. He was appointed as a director on the board of the company in 1984 and became the Chief Executive and Chairman of the Board in 1996.
Deveshwar was due to step down as head of ITC in 2010. There has been some speculation in the media about Deveshwar’s successor. In March 2010, Kurush N Grant was appointed to the ITC Board. In January 2011, two new Executive Directors, Nakul Anand and P V Dhobale were inducted to the Board. Elevated from their earlier responsibilities as Chief Executives of ITC’s core business divisions of FMCG, Hotels and Paper, they are homegrown managers and signal the next generation of leadership in the organization.
Deveshwar is India’s longest-serving CEO and he earns nearly triple the second-highest salary in his company;[9] in 2011, it was said his salary was 26 lakh (2.6 million) rupees per month. In 2013, he was listed as the Best Performing CEO in India by Harvard Business Review and seventh in the world. In 2011, Deveshwar received the Padma Bhushan, India’s third-highest civilian award