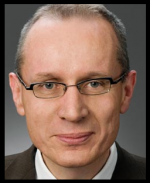 Robert Thomson was born into the world in 11th March 1961 in Torrumbarry, Victoria. He is an Australian writer. Since January 2013 he has been CEO of News Corp.

Thomson was learned at Christian Brothers College in St Kilda East, and at the Royal Melbourne Institute of Technology. One of his progenitors was named Arturo Dell’Oro, and came from Domodossola, in northern Italy. He is hitched to Wang Ping, the girl of a general in the Chinese People’s Liberation Army.