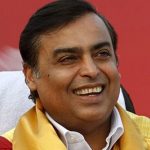 He is the chairman and CEO of Reliance Industries Limited. He has been the richest Indian for five years now. He is a board member of Bank of America Corporation. He is also considered as the richest owner in sports in the world as he controls the cricket club Mumbai Indians in the Indian Premier League. 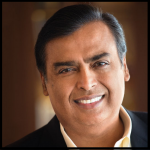