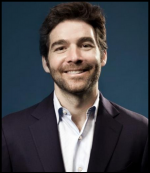 Jeffrey “Jeff” Weiner was born in 21st February, 1970 in New York City, New York. He is an American financial specialist. He was the (CEO) of LinkedIn, a business-related long range interpersonal communication site. He began with LinkedIn on December 15, 2008, as Interim President. Weiner assumed an instrumental part in LinkedIn’s securing by Microsoft for $26 billion in June 2016.

Weiner moved on from The Wharton School at the University of Pennsylvania in 1992 with a Bachelor of Science in Economics. Weiner is likewise dynamic in the non-benefit area, serving on the Board of Directors of DonorsChoose.org and Malaria No More. Weiner served in different positions of authority at Yahoo for more than seven years starting in 2001, most as of late as the Executive Vice President of Yahoo’s Network Division. As EVP of Yahoo, he drove a group of more than 3,000 workers, managing items coming to more than 500 million purchasers. While serving Yahoo’s Network Division, he was important for the Search administration group that coordinated the securing and reconciliation of Inktomi, AltaVista, and FAST just as the improvement of Yahoo Search Technology. In 2009, Weiner executed the principal BizOps group at LinkedIn. In 2014, Weiner was perceived by LinkedIn workers by means of Glassdoor’s yearly overview as among “the best 10 CEOs at U.S. Tech Companies”. He has worked at Warner Bros. as Vice President of Warner Bros. Internet, fostering its underlying business plan. He was an Executive-in-Residence for driving investment firms Accel Partners and Greylock Partners. In 2016, Weiner got media consideration for giving his $14 million stock reward to the pool for LinkedIn representatives following a drop in share cost. On February 5, 2020, Weiner reported he will venture step down as CEO of LinkedIn and become chief executive to zero in on shutting the organization hole and understanding LinkedIn’s vision of setting out monetary freedom for each individual from the worldwide labor force. He named Ryan Roslansky as his replacement substitution.