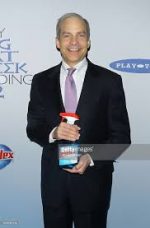 He joined the family business in 1987 as a marketing associ
ate and served in a number of roles. He was appointed chairman in 2000, and CEO in 2004.

On behalf of the company, he accepted a 2006 Ron Brown Award, a presidential award for corporate leadership.

He has served as a:

His extended family is the named benefactor of the Samuel Curtis Johnson Graduate School of Management at Cornell University. He has supported Chicago’s Shedd Aquarium.