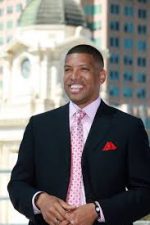 Kevin R. Johnson is an American businessman and was the Chief Executive Officer and a member of the board of directors of Juniper Networks, Sunnyvale, California, from September 2008 to January 2014. He currently serves as president and chief operating officer of Starbucks Corporation.

Johnson earned his Bachelor’s degree in business administration from New Mexico State University.He began his career as a software developer in IBM’s systems integration and consulting business in 1981.

Johnson also served as a member of the Western Region Board of Advisors of Catalyst, a non-profit organization dedicated to women’s career advancement.He was appointed by President George W. Bush to serve on the National Security Telecommunications Advisory Committee (NSTAC) and is also a board member of Starbucks Coffee Company.

Johnson joined as Chief Executive Officer of Juniper Networks in September 2008. In a statement announcing Johnson’s departure from Microsoft to serve as CEO of Juniper, Steve Ballmer, CEO, Microsoft, praised Johnson’s contribution to the company, “Kevin has built a supremely talented organization and laid the foundation for the future success of Windows and our Online Services Business. This new structure will give us more agility and focus in two very competitive arenas,” Ballmer said. “It has been a pleasure to work with Kevin, and we wish him well in the future.”

Johnson was succeeded as Juniper CEO by Shaygan Kheradpir in January 2014.