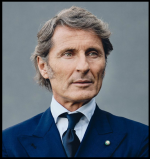 Stephan Winkelmann was born in 18 October 1964. As a little youngster, Winkelmann moved with his parents from Berlin to Rome, as his dad functioned as an ambassador at the Food and Agriculture Organization of the United Nations (FAO). Is a German chief and has been President of Bugatti Automobiles since January 1, 2018. And also President and CEO of Automobili Lamborghini S.p.A. since December 1, 2020. Stephan Winkelmann lived there for just about 20 years and moved on from the neighbourhood German school. He then, at that started study political science, graduating with a M. A. in Munich in 1991. During his investigations, Winkelmann served for a very long time in the paratroopers of the German Armed Forces in Calw, Nagold, and Altenstadt and arrived at the position of lieutenant of the save.
He started his expert profession in 1991 at the German monetary administrations supplier MLPBeginning in 1993, Winkelmann entered the car business, working first in Munich as a salesman for Mercedes-Benz lastly, from 1994 to 2004, for Fiat and Alfa Romeo, Lancia, and Fiat Professional, individually. There, Winkelmann held marketing and deals management positions, first as head of Alfa Romeo Germany, then, at that point as head of marketing for Fiat’s southern region. In January 2005, Stephan Winkelmann joined the Volkswagen Group and took over as President and CEO of Automobili Lamborghini in Sant’Agata Bolognese.