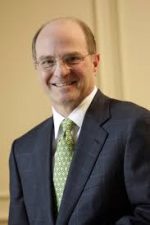 In 2013, Ward was ousted from his position as CEO of SandRidge Energy after accusations surfaced of Ward profiting from “self-dealing” in a series of transactions in which companies and trusts owned and controlled by his family have bought land and then sold it to SandRidge at a mark-up. After thorough investigation, “nothing improper and no wrongdoings” were uncovered.Ward’s ouster from SandRidge resulted in a one-time severance payment of $90.9 million due to Ward in spite of the company’s performance during his tenure. Since Ward’s departure, SandRidge performance has dropped over 90%,.

Ward co-founded White Fields in 2000 and serves as the Chairman of the Board. White Fields’ mission is to provide a continuum model of care offering a long-term home for abused and neglected boys. They strive to meet the physical, emotional, educational and spiritual needs of these boys by giving them a long-term home, counseling and guidance.

Ward was a member of the Professional Basketball Club LLC, which owns the NBA’s Oklahoma City Thunder, until he sold his interest to George Kaiser in April 2014.

Ward is a committed member of several education-affiliated organizations. He is a former Board of Trustees member for Anderson University in Indiana, is a member of the Economic Advisory Council of the Federal Reserve Bank of Kansas City, and participates on the Board of Visitors for the OU Health Sciences Center. He is also on the board of the Department of Medicine, the Board of Trustees for The World Golf Foundation, and a member of The First Tee, which is an organization developed to help “shape the lives of kids and teens from all walks of life by introducing them to values inherent in the game of golf”. Ward also contributes as a member of the Nopetro Board of Directors.

In 2014, Ward invested $17 million dollars into the 96-year-old vacant Mideke building in Bricktown, in downtown Oklahoma City, to reestablish it as Tapstone’s headquarters. Renovations include the east alley wall of the warehouse being modified with a “transparent glass façade,” and a partial revamp of the interior by integrating existing historical architectural elements into the new design. Additional renovations include a 3,600 square feet expansion for an All About Chai Coffee and Tea.

Ward was highly active in sponsoring major downtown activities in December 2014, such as the SandRidge Tree Lighting Festival and SandRidge Santa Run. Ward and SandRidge also worked intently with Alva’s minimum security Bill Johnson Correctional Center located in Oklahoma. “Through the partnership, rehabilitation, non-violent inmates earn the opportunity to return back to the workplace”.

In 2005, Ward provided a free campus for SeeWorth Academy with an ideal location. Distant enough from the city, 400 students were finally able to gain “balance from the curriculum,” without any outside distractions from “gangs and drugs”.

Ward was inducted into the Oklahoma Heritage Foundation’s Hall of Fame in 2012 and was one out of four honorees chosen for the Neal Horton Award at the 2014 Dean A. McGee Awards Ceremony for his role in the revitalization of downtown’s Central Business District. On April 2006, Ward was chosen as a Friend of Children Honoree by the Oklahoma Institute for Child Advocacy. Ward was honored by Big Brothers Big Sisters with the Judge William R. Saied Founder’s Award for his advancement of mentoring in Oklahoma City. In 2008, The National Philanthropy Day Past Award was also presented to Ward for being an Outstanding Philanthropist.