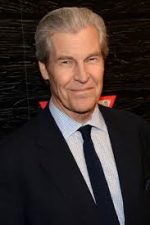 Terrence James Lundgren is an American department store executive and is the CEO, Chairman of the Board, President, and Director at Macy’s, Inc., the parent company of Macy’s and Bloomingdale’s department stores.

Through his career at Federated/Macy’s, Lundgren is credited with being an innovator in merchandising, branding and localization. He was instrumental in developing the company’s private brands of merchandise and led the 2005 merger of Federated Department Stores, Inc. and May Department Stores, Inc., creating one of the largest retailers in the world, with more than 800 U.S. stores and 2008 net sales of US$24.9 billion.

Like all retailers, Macy’s, Inc. saw declining sales in 2008 amid deterioration of the U.S. economy. In fiscal 2008 (through January 2009), same-store sales declined by 4.6% at Macy’s, Inc. In this environment, however, Macy’s, Inc. has outperformed virtually every major competitor.

Macy’s is seeing positive early results from “My Macy’s”, a localization initiative launched by Lundgren in spring 2008 to tailor a portion of every store’s assortment to local tastes and color. The company reported that of its top 15 best-performing geographic markets in the key holiday selling month of December 2008, 13 were My Macy’s pilot districts. The My Macy’s organizational model is being rolled out across the U.S. in 2009.

As reported in Macy’s, Inc.’s proxy statement filed in April 2009, Lundgren’s total compensation in 2008 declined by 37% to $5.4 million, reflecting lower sales and profitability in a weak economy. His compensation included $1.5 million in salary, $900,000 under the non-equity incentive plan, and $496,423 in various other compensation. The remainder was the value of stock options.

Lundgren’s salary and the composition of the Macy’s Board of Directors was cited by Republican presidential candidate Donald Trump as an example of an overcompensated Chief Executive Officer. In a September 2015 television interview, Trump stated that the high salaries paid to CEOs was often a “joke” and a “disgrace”, Trump cited Macy’s, Inc. as an example.

Lundgren has been awarded numerous honors. In 2008, he received the Gold Medal Award from the National Retail Federation,[4] considered the retailing industry’s pre-eminent honor. In spring 2008, he was presented with Carnegie Hall’s third annual Medal of Excellence for outstanding philanthropic leadership in the arts. The gala held in Lundgren’s honor raised $4.2 million for Carnegie Hall. Lundgren is very active in the community; he has been appointed Commissioner on Women’s Economic Development by the Mayor of New York. Also, on behalf of NYC Mayor Michael R. Bloomberg he served as one of the industry chairs of Fashion.NYC.2020, which looked at the future of NYC’s fashion industry and made recommendations for actionable steps the NYC government could take to promote NYC’s fashion industry

He has been presented with several business recognition awards and has served as dinner chairman or as honoree for numerous retail industry organizations and charities, including the Fresh Air Fund, American Jewish Council, Breast Cancer Awareness, NOW Legal Defense, Parsons School and the Ovarian Cancer Society. Lundgren currently serves on the boards of Carnegie Hall, The New York City Partnership and United Way of New York City, as well as participating in numerous other charitable and civic efforts.

Lundgren currently is chairman of the National Minority Supplier Development Council. He also serves on the membership committee of the Economic Club of New York and is involved with the New York City Principal for a Day Program.

Born in Long Beach, California, Lundgren was one of six children. After graduating college, he joined Federated and rose quickly to lead the upscale specialty Bullocks Wilshire division in Los Angeles at age 35. Lundgren was married to Nancy Cross until their divorce; he has two daughters from this marriage. Lundgren married Tina Stephan in 2006.

Lundgren is also the namesake of the Terry J. Lundgren Center for Retailing at the University of Arizona, where he is also an alumnus, having graduated in 1974 with a bachelor’s degree/B.A. In 2000, Lundgren was awarded the Honorary Doctor of Laws degree and delivered the university’s commencement address.