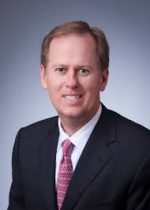 Steve Odland is an American businessman. He is President and CEO of the Committee for Economic Development.

Steve Odland has a Bachelor of Business Administration from The University of Notre Dame, and a master’s degree in management from the Kellogg School of Management at Northwestern University.

He taught as an Adjunct Professor in the graduate schools of business at Florida Atlantic University and at Lynn University from 2010-2011. He was Chairman and CEO of Office Depot from 2005 – 2010, and was Chairman, President, and Chief Executive Officer of AutoZone from 2001 until 2005. He was President & CEO of Tops Markets, Inc. from 1998 to 2000, served as President of the Foodservice Division of Sara Lee Bakery from 1997 to 1998, and worked for The Quaker Oats Company from 1981 to 1996 in various executive positions.

He is a regular CNBC contributor and has published a blog on Forbes.