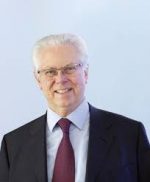 Pessina was born in Pescara and grew up between Milan, Como and Naples.

He graduated from the Polytechnic University of Milan in nuclear engineering.

He is separated from his wife Barbara, and they have two children. He has been the partner of Ornella Barra for over 30 years. As of February 2015, he is worth US$11.4 billion, owning around 15% of Walgreens Boots Alliance.

He has lived in Monte Carlo, Monaco, for many years. His son, a banker, works at Walgreens Boots Alliance.

In a 31 January 2015 interview for The Sunday Telegraph, Pessina commented on the prospect of Britain’s Labour Party winning the UK general election in May 2015, “If they acted as they speak, it would be a catastrophe … The problem is would they act that way or not? One thing is to threaten and to shout but it is completely different to be in charge and to manage the country day-to-day.” He described Labour’s business policies as “not helpful for business, not helpful for the country and in the end it probably won’t be helpful for them”. The Sunday Telegraph noted that Pessina “declined to elaborate on which specific policies he disliked”.

On Sunday 1 February, Labour’s shadow Business Secretary Chuka Umunna, responded in The Independent, “The British people and British businesses will draw their own conclusions when those who don’t live here, don’t pay tax in this country and lead firms that reportedly avoid making a fair contribution in what they pay purport to know what is in Britain’s best interest.” On 2 February, in a live Q&A session with Sky News, the Labour Party leader Ed Miliband said, “The chairman of Boots lives in Monaco and doesn’t pay British taxes … I don’t think people should take kindly to being told how to vote by someone who avoids paying his taxes.”

On 2 February, Walgreens Boots Alliance stated, “The comments made by Stefano Pessina were a small part of a much larger conversation and have been taken out of context … Stefano Pessina was expressing his personal views only and is not campaigning against Ed Miliband or the Labour Party.” On 6 February, Allister Heath, deputy editor of The Telegraph, described the “attacks” by Labour and Liberal Democrat politicians on Pessina, “one of the world’s greatest entrepreneurs”, as being “as nonsensical as they were indefensible”.