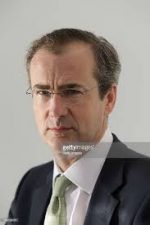 He is the eldest son of Henry Methuen Noel Noel (1927–1998), an Army officer and a fellow of the Chartered Institute of Secretaries, and Helen Elizabeth Anne Hutchinson. Noel was educated at Marlborough College. He went on to study at Reading University and graduated with a bachelor’s degree in 1986. is a qualified chartered surveyor.

On 31 March 2012, Francis Salway was succeeded as chief executive of Land Securities by Noel. Noel had been managing director of the company’s London properties, having joined Land Securities in January 2010 from Great Portland Estates plc, where he had been property director since 2002.

Noel has had other roles as chairman of the Westminster Property Association, a Director of The New West End Company and a trustee and director of the charity LandAid.

Noel and his French wife Sophie have a son and two daughters, and own homes in London and Frinton-on-Sea, Essex. Noel has a tattoo on his bottom (believed to be a swallow), obtained in Thailand in his youth