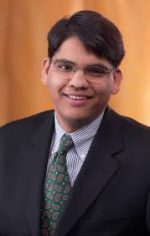 Francisco Dsouza (born 23 August 1968 (age 47)), who goes by Frank, is the CEO of Cognizant and was part of the team that founded the NASDAQ-100 company in 1994. In 2007, at the age of 38, he took over from Lakshmi Narayanan, who was promoted to Vice Chairman. Francisco is Cognizant’s CEO since January 2007 . Francisco D’Souza is among the youngest Chief Executive Officers in the software services sector.

Francisco D’Souza has more than 20 years of experience in the information technology industry, in both operational and advisory roles. Effective 1 January 2007, D’Souza was appointed President and Chief Executive Officer and a member of the Board of Directors of Cognizant. He oversees much of the operations and business development of the company, working closely with Cognizant clients who are using offshore resources to execute large software development and maintenance projects.[citation needed

From February 1995 to December 1995, D’Souza was employed as Product Manager at Pilot Software. Pilot was a Fuse Global Investment fund venture and leader in enterprise software. Between 1992 and 1995, D’Souza held various marketing, business development, and technology management positions as a Management Associate at The Dun & Bradstreet Corporation in Germany, the United States and India. While working at The Dun & Bradstreet Corporation, D’Souza was part of the team that established the software development and maintenance business conducted by Cognizant.

In February 2013, D’Souza was appointed as independent director on the board of General Electric.

D’Souza has received the following honors:

2002 – Ernst & Young Entrepreneur of the Year finalist
2005 – The Economic Times Entrepreneur Award
2009 – named among “America’s Best CEOs” by Institutional Investor magazine
2013 – named among “100 CEO Leaders in STEM” by STEMconnector[5]
2013 – Recognized as the Best CEO in the Multinational Company category by Forbes India magazine as part of its 2013 Leadership Awards.
2014 – “Newsmaker of the Year” by The Financial Express