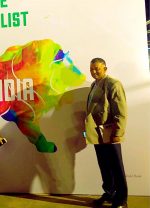 In 2016, Institute of Economic Studies, felicitated him at an event held in Dubai, and the Indian Ambassador to the United Arab Emirates awarded him the Udyog Ratan Award. K.P. Power, one of the companies of the K.P. Group received a gold medal at the Indo-UAE Economic Cooperation.

K.P. Power also is putting up the world largest private solar park which is a 3,500 MW solar park in Maharashtra, which will attract investment to the tune of $3 Billion (~ 20,000 Crores).

Education:        Bachelors of Commerce and Law

During his college days, he started construction of residential buildings in Mumbai in 1982 as a first-generation entrepreneur. In the early 1990s, Ajay Dhumal participated in the Government of Maharashtra encouraged scheme of developing export-oriented aquaculture activity, by acquiring and utilizing thousands of acres of vast saline lands available with the Government of Maharashtra.