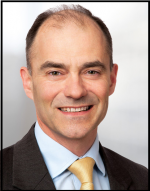 (David) Warren Arthur East was born in (27th October 1961) He is the (CEO) of Rolls-Royce Holdings, a main UK-based motor engine manufacturer. He recently stood firm on senior footings positions at ARM Holdings and Texas Instruments. He is a Companion (CCMI) of the Chartered Management Institute.

East went to Monmouth School and procured a four year certification in engineering science from Wadham College, Oxford. He proceeded to acquire a Master of Business Administration (MBA) degree from Cranfield School of Management at Cranfield University. Warren East is wedded and he has three youngsters, and lives in Cambridgeshire.

Following 11 years with the chip producer Texas Instruments, East left in 1994 to join ARM Holdings, the British fabless assembling microchipprocessor design and programming organization. At ARM he set up the organization’s counseling business.  East later became VP of business tasks at ARM. Inside three years he was delegated to the board as head working official. East was named CEO of ARM Holdings in October 2001. He continued forward from ARM on 1 July 2013, and was prevailed by Simon Segars.  In 2014 East turned into a non-leader head of Rolls-Royce Holdings and seat of the board’s innovation advisory group. In April 2015 Rolls-Royce reported that East would succeed John Rishton as CEO, when Rishton resigned on 2 July.