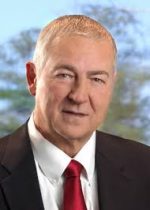 James Howard Goodnight (born January 6, 1943) is an American businessman and software programmer. He and several other faculty members of North Carolina State University left the university in 1976 to co-found SAS Institute. Since the first day of incorporation (July 1, 1976) he has served as the company’s CEO. His leadership style and the work environment he created at SAS, now a multibillion-dollar company, have been studied by other businesses and by academics.

Goodnight was born to Albert Goodnight and Dorothy Patterson in Salisbury, NC, on January 6, 1943. He lived in Greensboro, NC, until he was 12, when his family moved to Wilmington. In his youth, he often worked at his father’s hardware store. Mathematics and chemistry were Goodnight’s strongest subjects in school, thanks in part, he says, to a “wonderful chemistry teacher” at New Hanover High School.

Goodnight’s career with computers began when he took a computer course his sophomore year at North Carolina State University. At the time, he said, “a light went on, and I fell in love with making machines do things for other people.” The following summer he got a job writing software programs for the agricultural economics department. With contributions from other alumni, Goodnight was responsible for the construction of a new fraternity house in 2002.

Goodnight received a Master’s in statistics in 1968. While working on his Master’s, his curiosity was piqued over the prospect of a man being sent to the moon. His programming skills helped him land a position at a company building electronic equipment for the ground stations that communicated with the Apollo space capsules. While working on the Apollo program, Goodnight experienced a work environment that had an annual turnover rate of approximately 50 percent. This shaped his views on corporate culture and his future role as an employer. Goodnight returned to North Carolina State University after working on the Apollo project. He earned a PhD in statistics with thesis titled Quadratic unbiased estimation of variance components in linear models with an emphasis on the one-way classification under the supervision of Robert James Monroe and became a faculty member from 1972 to 1976.

Goodnight joined another faculty at North Carolina State in a research project to create a general purpose statistical analysis system (SAS) for analyzing agricultural data. The project was operated by a consortium of eight land-grant universities and funded primarily by the USDA. Goodnight along with another faculty member Anthony James Barr became project leaders for the development of the early version of SAS. When the software had 100 customers in 1976, Goodnight and three others from the University left the college to form SAS Institute in an office across the street.

Goodnight remained CEO of SAS Institute for more than 35 years as the company grew from $138,000 its first year in business, to $420 million in 1993 and $2.43 billion by 2010. Under his leadership, the company grew each year. Goodnight became known for creating and defending SAS’ corporate culture, often described by the media as “utopian.” He rejected acquisition offers and chose against going public to protect the company’s work environment. Goodnight has maintained a flat organizational structure with about 27 people who report directly to him and three organizational layers.

In 2004, Goodnight was named a Great American Business Leader by Harvard; that same year he was named one of America’s 25 Most Fascinating Entrepreneurs by Inc. Magazine. He has also been a frequent speaker and participant at the World Economic Forum.

Goodnight met his wife, Ann, while he was a senior at North Carolina State University and she was attending Meredith College. They have three children. Goodnight was America’s 61st richest individual, with a net worth of approximately $7.3 billion, as of 2014.

Goodnight has an interest in improving the state of education, particularly elementary and secondary education. In 1996, Goodnight and his wife, along with his business partner, John Sall and his wife Ginger, founded an independent prep school Cary Academy. Both of the Goodnights are also involved in the local Cary, NC, community. He owns Prestonwood Country Club and The Umstead Hotel and Spa situated on the edge of the SAS campus. His wife also opened An Cuisines, an Asian fusion restaurant in Cary, NC.