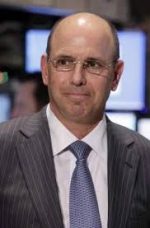 John P. Surma (born 1954 in Pittsburgh, Pennsylvania) is an American businessman. He was the executive chairman of the board of United States Steel Corporation. Surma retired as CEO of U.S. Steel effective September 1, 2013, and Chairman effective January 1, 2014, positions he held since 2004.

Surma received his Bachelor’s degree in accounting in 1976 from Pennsylvania State University, following which he joined Price Waterhouse, in 1987, he was admitted as a partner. In 1983 Surma was picked for Ronald Reagan’s Executive Exchange Program in Washington, D.C., where he worked with the Federal Reserve Board.

Among his current posts Surma is chairman of the International Iron and Steel Institute, vice chairman of the American Iron and Steel Institute and a member of the board of directors of the National Association of Manufacturers. As the vice chairman of the Board of Trustees of Pennsylvania State University, Surma informed longtime Penn State football coach Joe Paterno late at night, and over the telephone, that he had been terminated without a hearing amid the media firestorm in the wake of the Jerry Sandusky sex abuse scandal. Surma became chairman of the Penn State Board of Trustees three days later when Chairman Steve Garban resigned his position. In January 2012 he relinquished the position to The Bank of New York Mellon executive Karen Peetz, but he has continued to serve on the board. Surma served as a director of BNY Mellon until April 2012. In 2011 his reported compensation as a director of BNY Mellon was $216,575.

Surma is involved with education and community development in Pittsburgh.

Surma became an honorary member of the National Society of Black Engineers (NSBE) in 2006.

Surma retired as chief executive officer of United States Steel on August 31, 2013. He will continue to serve as executive chairman of the board of directors until December 31, 2013 when he will retire from the company and the board.

In 2009 he requested a 20% salary reduction and more than 60% reduction in his compensation package citing the difficult business environment. From June 6, 2008 to May 31, 2013, with Surma at the helm, US Steel’s stock value plummeted by 89%.

Surma is a minority owner of the Pittsburgh Penguins of the National Hockey League with a share estimated in 2012 of $2 million.