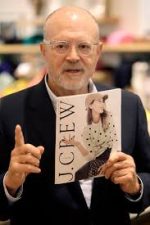 Drexler studied at the Bronx High School of Science, City College of New York, and University at Buffalo. He later received an M.B.A. from Boston University Graduate School of Management.

In the mid-1970s, Drexler was a merchandising vice-president at Abraham & Straus in Brooklyn, New York. He has also worked at Ann Taylor, Bloomingdale’s, and Macy’s.

Drexler is often credited with Gap’s meteoric rise during the 1990s. Until then Gap had been a relatively small chain selling private and public brands. Under Drexler the company made a dramatic shift to private brand merchandise and expanded rapidly to become an iconic part of 90s pop culture. Television advertisements featuring young models and catchy music such as “Mellow Yellow” and “Dress You Up in My Love” came to epitomize the relaxed American casual look that defined the Gap brand.On May 22, 2002, however, Drexler was abruptly fired by Gap founder Donald Fisher.

The J.Crew Group, an American clothing and accessories retailer based in New York City, founded in 1983 with the launch of its catalog and expanded into brick-and-mortar retailing in 1989 with its first store at the South Street Seaport in New York City. J. Crew quickly hired Drexler after his abrupt departure from Gap. Drexler has sought in his role of CEO to reposition the J. Crew brand as a truly upscale boutique. What was once a moderately priced, American, dressy-casual brand is quickly becoming an upscale, dressy-vintage American brand with “frills included”.

Drexler has made a guest appearance in an episode of the AMC drama Breaking Bad called Confessions, in which he plays a car wash customer. Drexler said his scene took nine takes to film.