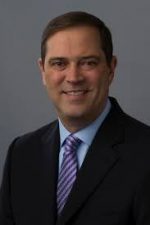 Charles H. “Chuck” Robbins is an American businessman. He serves as the chief executive officer (CEO) of Cisco Systems, the American manufacturer of networking hardware.

Robbins was educated at Rocky Mount High School in Rocky Mount, North Carolina. In 1987, he received a bachelor’s degree in Mathematical Sciences from the University of North Carolina at Chapel Hill.

For five years after graduation, he worked as an application developer for North Carolina National Bank, (now part of Bank of America). Robbins next worked for Wellfleet Communications, which merged with SynOptics to become Bay Networks, followed by a short spell at Ascend Communications before joining Cisco in 1997.

On 4 May 2015, Cisco announced that the CEO and chairman John Chambers would step down as CEO on 26 July 2015 but remain chairman. Chuck Robbins, senior vice president of Worldwide Sales & Operations and a 17-year Cisco veteran, would become CEO.

Robbins was appointed CEO of Cisco Systems on 26 July 2015.