CEO and President of ConAgra Foods 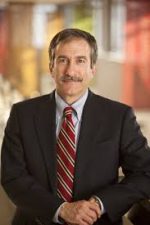 Gary Rodkin is the past CEO and President of ConAgra Foods, one of the largest food processing companies in North America. Rodkin was formerly the CEO and president of the North America division of PepsiCo from 1995 to 2005, and still is a special consultant through his exit agreement with the company. He helped PepsiCo grow in the purchasing of Quaker Oats. He also was vice president of marketing at General Mills for many years before he left for PepsiCo. Rodkin got his bachelor’s in economics from Rutgers University and his M.B.A. from Harvard School of Business.