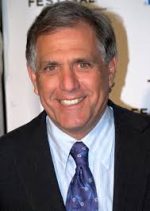 Leslie Roy Moonves ( born October 6, 1949) is Chairman of the Board, President, and Chief Executive Officer of CBS Corporation.

Moonves served as Co-President and Co-Chief Operating Officer of Viacom, Inc., the predecessor to CBS Corporation, from 2004 until the company split on December 31, 2005. Prior to that time, he had been in a series of executive positions for CBS since July 1995. Moonves has been a Director at ZeniMax Media since 1999.

Moonves was born to a Jewish familyin New York City, the son of Josephine (Schleifer) and Herman Moonves, and grew up in Valley Stream, New York. He attended Valley Stream Central High School and went to Bucknell University, graduating in 1971. In his sophomore year he switched his major from pre-med to Spanish and acted in a few plays; following graduation in 1971 he moved to Manhattan to pursue a career as an actor, but after he played a few “forgettable” TV roles he decided to pursue the business side of television instead.

Moonves had upper management experience early in his business career. He was in charge of first-run syndication and pay/cable programming at 20th Century Fox Television. Also at 20th Century Fox Television he was vice president of movies and mini-series. Other positions included vice president of Development at Saul Ilson Productions (in association with Columbia Pictures Television) and development executive for Catalina Productions.

In his early career, Moonves was an actor. He landed a few television roles, playing tough guys on Cannon and The Six Million Dollar Man before deciding on a career change. He also worked as one of casting director Caro Jones’ first office assistants early in her career.

On April 7, 2003, Moonves portrayed himself in an episode of The Practice.

From early 2004, Moonves has made regular contributions to Late Show with David Letterman. One of these appearances was provoked by Letterman himself when he declared outrage that Jay Leno was featured prominently on the CBS website in an ad for CBS’ telecast of the People’s Choice Awards. On the Late Show, Letterman jokingly warned the “CBS stooge in the control room” to call his buddies “before things turn ugly.” Moonves obliged. Later appearances have taken the same format, with Letterman discussing current events and the CBS network with the company’s CEO.

On the March 23, 2015 premiere episode of The Late Late Show with James Corden, Moonves portrayed himself as the head of CBS, who then sends out a golden ticket that will grant whoever finds it a chance to host the Late Late Show, in an homage to Charlie and the Chocolate Factory. Moonves would also appear on the first episode of The Late Show with Stephen Colbert on September 8, 2015. During this episode, Moonves was repeatedly shown with a giant switch which he could use to switch the network to reruns of The Mentalist (as CBS had aired reruns of scripted dramas in the 11:35 pm time slot over the summer between the final episode of the Late Show with David Letterman and the premiere of The Late Show with Stephen Colbert) if he was dissatisfied with Colbert’s performance (which he did, briefly, twice during the show). 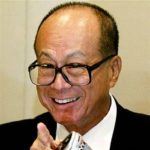 Li Ka Shing is the largest operator of container terminals in the world, as well as the largest health and beauty retailer. Based in Hong Kong, he is considered the richest person of Asian descent with a net worth of more than $25 billion. He is the chairman of Hutchison Whampoa Limited and Cheung Kong Holdings. Li Ka Shing has also donated more than $10 billion for the improvement of education and health care. 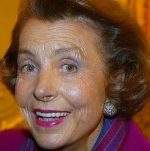 Her real name is Liliane Schueller. She is the only child of Eugene Schueller, the founder of L’ Oreal, one of the largest cosmetics and beauty companies in the world. She married the French politician Andre Bettencourt in 1950 before inheriting the company in 1957. 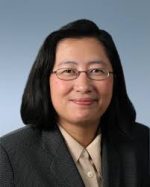 Lisa Su is a Taiwan-born American business executive. She is the CEO and President of Advanced Micro Devices (AMD). She was appointed president and CEO in October 2014.[4][5] She had previously been a senior vice president, corporate director, and chief operating officer at AMD.

Su was born in Tainan, Taiwan and immigrated to the United States with her parents at the age of 3.

She has bachelor’s, master’s and doctorate degrees in electrical engineering from the Massachusetts Institute of Technology (MIT)

In 1994 Su was a member of the technical staff at Texas Instruments, in its Semiconductor Process and Device Center (SPDC).

She spent 1995 to 2007 at IBM in engineering and business management positions, including vice president of the Semiconductor Research and Development Center responsible for the strategic direction of IBM’s silicon technologies, joint development alliances, and semiconductor R&D operations.

Su joined Freescale Semiconductor in 2007 as chief technology officer, and she led the company’s technology roadmap and research and development efforts. From September 2008 she was the senior vice president and general manager of Freescale’s Networking and Multimedia group, and was responsible for global strategy, marketing, and engineering for the company’s embedded communications and applications processor business.

Su became senior vice president and corporate director at AMD in January 2012, and chief operating officer in June 2014. She was appointed president and CEO of AMD in October 2014, replacing Rory Read.

Awards and honors:
Su was selected as one of the “Top 100 Young Innovators” in 2002 by MIT Technology Review.
In 2009, Su was named a fellow of the Institute of Electrical and Electronics Engineers (IEEE), having published more than 40 technical articles.
Su was named “2014 Executive of the Year” at the EE Times and EDN 2014 ACE Awards. 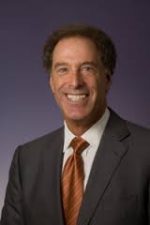 Lon R. Greenberg has been CEO of UGI Corp. for 14 years, and Chairman of UGI for 13 years.

Greenberg has been employed with UGI for 20 years, serving previously in the roles of Senior Vice President — Legal and Corporate Development and as Corporate and Development Counsel. Prior to his employment with UGI, Greenberg served in the roles of President, CEO, Chairman, and Director of AmeriGas Propane, Inc. Greenberg also serves on the board of directors and the compensation committee of Aqua America, Inc. 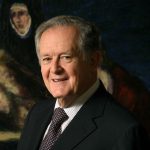 He is the richest person in Columbia. He owns up to 22 percent of the banking assets in Bogota. He is the founder and CEO of Grupo Aval Acciones y Valores, SA. The company has interests in the fields of telecommunications, real estate and banking.

Lakshmi Niwas Mittal was born in 15th June 1950 in a Marwadi family. He learned at Shri Daulatram Nopany Vidyalaya, Calcutta from 1957 to 1964. He is an Indian steel magnate, situated in the United Kingdom. He is the Executive Chairman of ArcelorMittal, the world’s biggest steelmaking organization. In 2005, Forbes positioned Mittal as the third-most richest person on the planet, making him the principal Indian resident to be positioned in the best ten in the distribution’s yearly rundown of the world’s most richest people. He is additionally the “57th-most powerful person” of the 72 people named in Forbes’ “Most Powerful People” list for 2015.

He is married to Usha Mittal. They have a child Aditya Mittal and a little girl Vanisha Mittal. Lakshmi Mittal has two siblings, Pramod Mittal and Vinod Mittal, and a sister, Seema Lohia, who wedded Indonesian businessman, Sri Prakash Lohia. Mittal purchased No. 9A Palace Greens, Kensington Gardens, earlier the Philippines Embassy, for £70 million out of 2008 for his girl Vanisha Mittal who is hitched to Amit Bhatia, a businessman and donor. Mittal tossed a luxurious “vegan reception” for Vanisha in the Palace of Versailles, France. Mittal’s home at 18–19 Kensington Palace Gardens—which was bought from Formula One boss Bernie Ecclestone in 2004 for £67 million (US$128 million) made it the world’s most costly house at that point.

In 2005, The Sunday Times named him “business person of 2006”, the Financial Times named him “Individual of the Year”, and Time magazine named him “Worldwide Newsmaker of the Year 2006”. In 2007, Time magazine remembered him for their “Time 100” list.  In 2002, Plaid Cymru MP Adam Price acquired a letter composed by Tony Blair to the Romanian Government on the side of Mittal’s LNM Group steel organization, which was currently offering to purchase Romania’s state-claimed industry. In October 2003, the LNM Group prevailing with regards to finishing up the exchange to pry free the Romanian government from the control of steel resources. In 2006-07, Mittal prevailing in an antagonistic takeover bid for Arcelor, which he renamed Arcelor Mittal. In this manner he acquired control of among others the Usinor steel resources of France, the Arbed steel resources of Luxembourg, and the Aceralia steel resources of Spain.

Lisa Tzwu-Fang Su was born into the world in November of 1969 in Tainan, Taiwan. She was born in a Taiwanese Hokkien talking family. American business leader and electrical specialist, who is the president and CEO of Advanced Micro Devices (AMD). Su was designated president and CEO of AMD in October 2014, in the joining the organization in 2012 and holding jobs like senior VP of AMD’s worldwide specialty units and chief operating official. Early in her profession, Su worked at Texas Instruments, IBM, and Freescale Semiconductor in engineering and the executive’s positions.

Su and her husband Dan are situated in Austin, Texas. At 3 years old with her parents Su Chun-hwai and Sandy Lo. Both she and her sibling were urged to contemplate maths and science study as youngsters. Su and Nvidia prime supporter and CEO Jen-Hsun Huang have been portrayed as cousins or niece and uncle; in any case, she has excused these cases as “false”.

In June 1994, Su turned into an individual from the specialized staff at Texas Instruments, working in the organization’s Semiconductor Process and Device Center (SPDC) until February 1995. Working with different IBM configuration groups on the details of the gadget, Su clarified, “my claim to fame was not in copper, but rather I moved to where the issues were”. In 2000, Su was given a year-long task as the specialized partner for Lou Gerstner, IBM’s CEO.