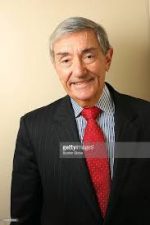 John A. Kaneb is the Chairman of the Board of Directors and CEO of HP Hood LLC as well as the president of the Catamount Companies.

Kaneb graduated from Harvard College with a Bachelor of Arts Degree in Economics in 1956. From 1957-59, he served in the United States Navy.

Kaneb bought a controlling interest in Gulf Oil and tripled its sales to US$4.6 billion before selling it in 2005. The Kaneb family acquired HP Hood LLC in 1995 and increased its annual sales from US$600 million to about US$2.3 billion. Kaneb is also part owner of the Boston Red Sox; Hood blimps are often seen over home games.

Besides his business work Kaneb is a Trustee Emeritus of the University of Notre Dame. He is also an Emeritus Trustee of the Massachusetts General Hospital and Emeritus Trustee and former Chairman of the Board of McLean Hospital. He has worked on other boards and groups including the Board of Fellows of the Harvard Medical School. He was appointed by President George W. Bush to serve on the National Prison Rape Elimination Commission in 2004.He is currently the vice-chair of that commission.

Kaneb is also Vice Chair Emeritus of the Finance Council, Chairman of the Clergy Funds Board and Vice Chair of the Catholic Schools Council of the Roman Catholic Archdiocese of Boston. He served as Trustee Emeritus and Finance Committee Chair at Partners Healthcare from 1994-2000. Kaneb is a member of Harvard University’s Executive Committee on University Resources.