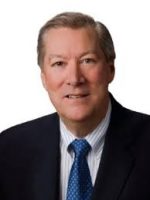 David John Lesar is an American businessman who is the Chairman, President, and Chief Executive Officer of Halliburton Energy Services. Trained as a Certified Public Accountant, Lesar spent 16 years at Arthur Andersen. He had spent most of his career at Andersen, where he worked on their Halliburton account. In 1995, Lesar was hired by Halliburton as a new vice president.

Lesar was born in Madison, Wisconsin and is a 1978 graduate of the University of Wisconsin–Madison, where he earned both a Bachelor of Science and a Master of Business Administration degree.

The movie Iraq for Sale: The War Profiteers claims that Lesar has been paid over $42,000,000 by Halliburton since the beginning of Iraq war, but this amount has risen significantly since the release of the film. According to the Wall Street Journal Lesar received about $14.9 million in 2010 alone, not including stock options or other deferred incentives – a 20% increase over his 2009 pay package, according to a securities filing.

In November 2014, Lesar faced criticism over his bid to take over Baker Hughes Inc : “the smaller oil-field services rival, in an email to Mr. Lesar, described Halliburton’s actions as intransigent and inappropriate”.