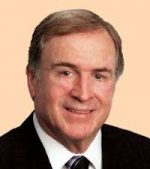 Chris T. Sullivan (born February 15, 1948, in Lake City, Florida) is one of the founders of Outback Steakhouse and OSI Restaurant Partners, LLC. He also formerly held the titles of director and chairman. He is currently a board member at Bloomin’ Brands.

In an interview with Inc.com, Sullivan stated his biggest mistake in his career was the way he handled the rollout of Carrabba’s Italian Grill. “With Outback we would approach a new market by developing one new restaurant in the first year and two or three more in the second year. With Carrabba’s, we developed four, five, and six restaurants in the first year. We should have gone in and made sure our franchisee partners had opened their first restaurant in a successful manner before we started with a second one.”, he told the interviewer, going on to reveal that not getting the people side right at the restaurant caused major problems that took two years to correct and “a lot of money””.

In 2009, he was acting mentor to Virginia-based restaurant chain Café Caturra.

In recent times, Sullivan has moved into investment; in April 2015, Sullivan led a $2.2 million funding round for the tech startup SiteZeus, a company that automates the site selection process for the restaurant, retail and hospitality industries.

In addition to his current roles, Sullivan serves several organisations in various positions including Florida Council of 100 Executive Committee, the Florida Chamber of Commerce; the board of for the Florida Council on Economic Education, Lowry Park Zoological Endowment Foundation; chairman’s board of Big Brothers Big Sisters of America; co-chair and board of Kentucky Speedway; the advisory board for the Salvation Army; and vice chairman for Scripps Florida’s funding board; and the Employment Policies Institute.

In 2014, Sullivan was inducted into the Kentucky Entrepreneur Hall of Fame