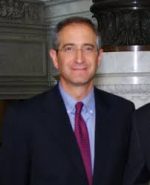 Roberts and is Chairman and Chief Executive Officer (CEO) of Comcast Corporation, an American company providing cable, entertainment, and communications products and services. Under his leadership, Comcast has grown into a global Fortune 50 company uniquely positioned at the intersection of media and technology with two primary businesses, Comcast Cable and NBCUniversal.

Roberts was born into a Jewish family in Philadelphia, Pennsylvania, the son of Ralph J. Roberts, the founder of Comcast Corporation, and Suzanne Fleisher, a former actress and playwright. Roberts graduated from the Germantown Academy and earned a Bachelor of Science degree from the Wharton School of the University of Pennsylvania in 1981, and immediately began working for Comcast.

Institutional Investor Magazine named Roberts as its top vote-getter for three years in a row (2004–06) in the Cable & Satellite category of their America’s Best CEOs annual survey; and named Comcast as one of America’s Most Shareholder-Friendly Companies in 2006.

Roberts was the recipient of the 2004 Humanitarian Award from the Simon Wiesenthal Center, and was the 2002 Walter Kaitz Foundation Honoree of the Year for his commitment to diversity in the cable industry. The Police Athletic League of Philadelphia honored Roberts with their 2002 award for his commitment to youth programs and community partnerships.

In 2001, Roberts was awarded the USC Shoah Foundation Institute’s 2011 Ambassador for Humanity Award.

The Aileen K. and Brian L. Roberts Foundation Foundation was one of the largest contributors to the restoration of the Alfred W. Fleisher Memorial Synagogue at Eastern State Penitentiary in Philadelphia, named in the honor of his maternal grandfather.

In 2003, Roberts was named to the PoliticsPA list of politically influential individuals.