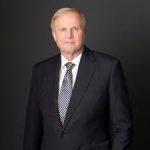 Robert Warren “Bob” Dudley (born September 14, 1955) is the group chief executive of BP. He had served as president and chief executive of TNK-BP and on June 18, 2010, was assigned to be BP executive in charge of the Gulf Coast Restoration Organization responding to the Deepwater Horizon oil spill.

Dudley was born in Queens, New York, grew up in Hattiesburg, Mississippi, and graduated from Hinsdale Central High School in suburban Chicago in 1973. He received a bachelor’s degree in chemical engineering from the University of Illinois, where he joined the fraternity Phi Kappa Psi and served as District 3 Archon. He then obtained a master of international management (MIM) degree from the Thunderbird School of Global Management and an MBA from Southern Methodist University.

He joined Amoco in 1979. He worked in a variety of positions including negotiating deals in the South China Sea. In 1994 to 1997 he worked for Amoco in Moscow. He became a general manager for strategy. After BP acquired Amoco he assumed a similar position at BP.

From 2003-2008 he was president and chief executive of TNK-BP. He was appointed when BP went into partnership with a group of Russian billionaires known as AAR. The deal was worth $6bn (£3.6bn at the time). Under Dudley, the joint venture increased oil output by a third to 1.6 million barrels per day. However, he fell out with AAR, who accused him of favouring BP. Disputes escalated and reached a point where BP’s technical staff were barred from working in Russia. In June 2008, Bob Dudley left Russia in haste when his visa was not renewed. At the time, he said he had faced “sustained harassment” from the Russian authorities. For five months, he attempted to run TNK-BP from an undisclosed secret location outside Russia but resigned in December 2008. Wikileaks revealed that Bob Dudley strongly suspected Igor Sechin, Russia’s deputy prime minister and chairman of the state-owned energy company, Rosneft, for organizing a boardroom coup that led him to feel life-threatened.

On April 6, 2009 he became a managing director of BP, and was given oversight of the company’s activities in the Americas and Asia.

On June 23, 2010 he was appointed president and chief executive officer of BP’s Gulf Coast Restoration Organization working with the oil leakage in the Gulf of Mexico, which affects five US states. As head of the organization, he oversaw responsible for the cleaning work in the Gulf, the cooperation with authorities, informing the public about BP’s activities surrounding the disaster and analyzing the damage caused by the disaster.

On July 27, 2010, BP announced that Dudley would succeed Tony Hayward as BP’s group chief executive on October 1, 2010. Dudley was also appointed to the board of directors.

In March 2013, Dudley was offered a seat on the board of Rosneft.