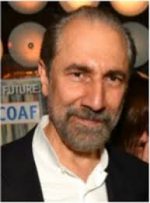 He was born on January 31, 1953, in Turkey. He moved to New York in 1970. According to the New York Times  he became a messenger boy for a nonprofit Armenian organization. In the article Armen stated, “I worked five hours a day, five days a week. I got two bucks an hour…and that was a lot of money for me. His second job was in the kitchen of the Lawyers’ Club but it only lasted a day. “I thought I’d learn to cook. Instead, they asked me to wash dishes. I had to climb into the soup bucket, which was huge, and clean it out. Shortly after, I got a job in a bank as a clerk.”

One night in 1978, in the middle of the energy crisis, Armen was driving home when he stopped at a gas station. “I noticed that gas pumps only had two digits [for the per gallon price],” in interview with The Scientist “Realizing that continued rising prices would force the pumps to be replaced in the near future, I borrowed $5,000 to invest in gas pumps.” Soon enough, virtually every gas pump in America was replaced – and Armen had made $20,000. His interest in business was pricked, and had already paid off.

By 1979, he received his PhD in physical chemistry from the City University of New York. Armen served as Senior Vice President of Research for Dean Witter Reynolds (1986–1989), focusing on the chemical and pharmaceutical industries and with E.F. Hutton & Company as first Vice President (1981–1986). Before entering finance, Armen has been an associate professor at the Merchant Marine Academy and as a research associate at the Brookhaven National Laboratory.

Armen’s journey into drug development began when his mother died from breast cancer in 1973. The two shared a one-room Brooklyn apartment where Armen administered her morphine shots until she died. In 1994, Armen was approached by Pramod Srivastava, then a biochemist at Mount Sinai School of Medicine, about the possibility of developing Oncophage from a clinical and commercial perspective. The treatment involved removing a patient’s tumor cells, isolating and fortifying the cellular proteins that normally alert the immune system to disease, and re-injecting the proteins into the patient. In 1994, Armen co-founded Antigenics with Srivastava.

Armen is chairman and chief executive officer of Agenus Inc., formerly known as Antigenics Inc., a biotechnology company that discovered Oncophage, a personalized cancer vaccine recently approved in Russia for patients with earlier-stage kidney cancer and currently under review with the European Regulatory Agency. The clinical history of Oncophage was chartered extensively in a front-page story in the Wall Street Journal, August 2, 2007. In another interview with Business Week and CBS, Armen described how the idea of personalized medicine tailored to the patient grabbed him and launched Antigenics with $250,000 of his own money, plus the backing of a few friends. He was initially stirred by the results from animal testing; the vaccine cured 80% of mice in the early stages of cancer with virtually no side effects.

By February 2000, Antigenics went public at $18 a share, raising $72.5 million. A few months later the U.S. Food and Drug Administration (FDA) agreed to review the vaccine on an accelerated schedule when the company filed for approval, and Antigenics began recruiting 728 patients with kidney cancer for the phase 3 trial, the largest study conducted in the world.

Ultimately, 118 cancer centers participated in the trial, 63 of them outside the U.S.. The largest group of patients, 172, was treated in Russia. In April 2008, Oncophage was approved by the Russian Ministry of Health, making Russia the first country in the world to approve a personalized cancer vaccine in patients with earlier-stage kidney cancer. On the day Antigenics announced Oncophage’s approval, CNBC ran a lead story on the personalized cancer vaccine as well as generating a debate on both television and their website on the regulatory landscape in Russia versus USA – the question posed to the audience was whether America had fallen behind the rest of the world in terms of approving innovative drugs? CNBC concluded with the following statement “The Antigenics story, of course, is making big news in Russia. It’s the top story, for example, on this news web site. According to our Senior Economics Correspondent Steve Liesman–who used to live and work in Russia where he won a Pulitzer for his reporting–the headline says, Russia becomes the first country in the world to sell an American cancer vaccine.” Armen is now focusing the company’s efforts in Europe, and hopes to receive marketing approval for Oncophage in early 2010.

Oncophage is currently[when?] in clinical development for brain cancer, a devastating disease with few treatment options and survival rates of between three and six months, according to the lead investigator, Dr. Andrew Parsa from UCSF. The study is showing encouraging results and the first patient who received the vaccine, Ms Hammerman, was interviewed by Good Morning America describing her experiences of taking the vaccine.

While retaining his position at Antigenics, Armen became chairman of the board of directors for the biopharmaceutical company Élan Corporation plc from mid-2002 through 2004. The company was on the brink of collapse brought down by an accounting scandal that earned it the label of “Europe’s Enron”. During his tenure, Armen became the architect of the company’s $1 billion restructuring program by strengthening Élan’s finances, refocusing the group on its core clinical development business and returning shareholder value. On the day that Armen assumed chairmanship, the Wall Street Journal and BBC discussed the restructuring plan in some detail. He said “(our) first task is clean house…the world is concerned we’ll file for bankruptcy”.

By 2004, the Sunday Times of London  hailed Armen as the chairman that saved the company stating that “it is one of the great corporate recovery stories.” Armen commented “ For about three months… every day, every hour was critical. Any one of many things could have made the company collapse. We were on the hook every single day until we had an agreement to sell our first major asset.”

Prior to founding Antigenics in 1994, Armen established Armen Partners, a money management firm specializing in biotechnology and pharmaceutical companies, and was the originator of the widely publicized creation of the Immunex Lederle oncology business in 1993.