Director of Royal Bank of Canada 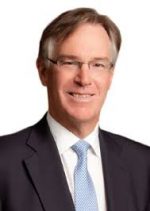 Nixon began his career in 1979 at Dominion Securities in Toronto and worked in global markets, investment banking and in 1986 transferred to Tokyo to assume responsibility for the firm’s operations in Japan. Dominion Securities was acquired by Royal Bank of Canada in 1987 and Nixon returned to Toronto in 1989 as a managing director of the Investment Banking Division and in 1995 was appointed head of Global Investment Banking. In 1999, Nixon became chief executive officer of RBC Capital Markets and a member of Royal Bank’s Executive Committee.

Nixon is Chairman of Bell Canada Enterprises and is a director of George Weston Limited, BlackRock Inc. and he is on the advisory board of KingSett Capital.

Nixon has been awarded the Order of Canada and the Order of Ontario and is an inductee into the Canadian Business Hall of Fame. He is a recipient of Canada’s Outstanding CEO of the Year Award, the Canadian Business Leader Award, and has been included on both Barron’s list of the World’s Best CEO’s and Bloomberg’s list of the World’s Most Influential People. Nixon is an Honouree of the Public Policy Forum and is a recipient of the CIJA/UJA Words and Deeds Leadership Award, the Rotary Foundation’s Paul Harris Fellowship, the Queen’s Golden Jubilee and Diamond Jubilee Medals, a Learning Partnership Champion of Public Education Tribute and an American Banker Innovator of the Year Award.