Chairman and co-founder of Nike 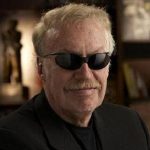